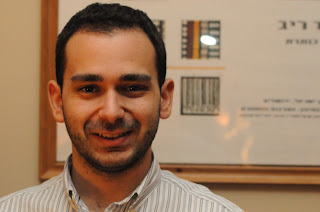 Ferhat Jak Icoz was born in Istanbul, Turkey, and took a classical education at Österreichisches Sankt-Georgs Kolleg - Gymnasium u. Handelsakademie (Austrian Sankt- Georg High School). He studied Psychology, Media Studies and Hebrew Literature at Istanbul Bilgi University, Turkey and Vassar College, N.Y., and was granted a B.A. degree with Summa Cum Laude in Psychology from Istanbul Bilgi University. He enrolled in the graduate program in Clinical Psychology at Istanbul Bilgi University and expects to graduate this summer. In his graduate studies, he has taken a psychoanalytically-psychodynamically oriented clinical approach with an integrative emphasis with existential and humanistic approaches. He aspires to pursue further education at the doctoral level in psychotherapy. In addition to this, he is studying International Management at the University of Liverpool, expecting to receive a M.Sc. degree within a year.

He has been admitted to the Doctor of Psychology program in Existential Psychotherapies and Counseling at Middlesex University in London, UK, where he will be relocating in September.

He has recently completed and finalized his diplomate work in logotherapy, and it was approved by Dr. Ann V. Graber just before Congress Vienna. Its topic is "Meaningful Inter-Group Dynamics Through Logotherapy: Boosting Inter- Group Relations Through Awareness Raising Modules Based on Logotherapy."  This involves the use Logotherapy in peace-building through creating educational modules based on Logotherapy.  This project will be presented to the Viktor Frankl Institute of Logotherapy at the 19th World Congress on Viktor Frankl’s Logotherapy scheduled to be held in Dallas, Texas in 2013.

Professionally, he is recognized as a psychologist by the Turkish Psychological Association, as an MBPsS by the British Psychological Society and as an academic associate by the Viktor Frankl Institute of Logotherapy.

He has taken psychotherapy education in Gestalt Psychotherapy, Psychodrama and Logotherapy - Existential Analysis. Along with these, he is trained as a yoga instructor and a trainer-educator.

He is fluent in English, Turkish, German and Italian, and can communicate in French and Hebrew at limited working proficiency level.

Ferhat Jak Icoz was a presenter at Congress Vienna 2012 The Future of Logotherapy in March.

In the news this month, South America is the place to be:

Thank you for listening. Please email any questions or comments to logotalk@gmail.com and may you have a meaningful day.
Posted by Marshall H. Lewis at 7:30 PM No comments: