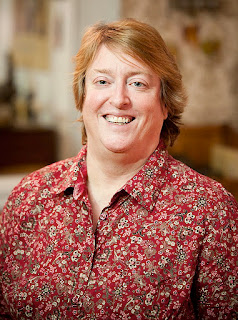 During this year’s World Congress, I had the pleasure of meeting Mrs. Renee Feagans and her husband.  I learned that she listens to LogoTalk Radio before the World Congresses to get herself in the mood for the conferences.  Mrs. Feagans has been a guest at many of the World Congresses and has an involvement in logotherapy dating back several years.
Now happily remarried, Mrs. Feagans was previously married to Dr. Jerry Long, an iconic name in the history of logotherapy who passed away in 2002.
While recovering from an accident that left him paralyzed from the chest down, Dr. Long wrote a letter to Viktor Frankl.  They soon became friends and, eventually, colleagues.  Dr. Long often appeared with Dr. Frankl at events around the world.  Dr. Frankl frequently spoke of Jerry Long's life as "a living testimony to logotherapy lived and the defiant power of the human spirit."
LogoTalk Radio is pleased to have Mrs. Feagans as our guest on today’s show.


Thank you for listening. Please email any questions or comments to logotalk@pld.com and may you have a meaningful day.
Posted by Marshall H. Lewis at 6:17 PM No comments: