Welcome to Episode 3 of LogoTalk: Frankl's Laws of Dimensional Ontology.

A special thank-you to Patrice Anaya for allowing LogoTalk.net to use a portion of her original composition in the LogoTalk introduction, beginning with this episode.

LogoTalk has learned that Alexander Vesely will be attending the Seventeenth World Congress on Viktor Frankl's Logotherapy this year. Mr. Vesely is the grandson of Viktor Frankl and Eleanor Frankl. He is a licensed psychotherapist in Austria and is a Diplomate in Logotherapy. Also a filmmaker, Mr. Vesely is producing a documentary about his grandfather. A preview will be shown at the World Congress. LogoTalk.net will provide a review and ongong information as the film becomes available to the public.

Websites of Interest to Logotherapists:

"Our mission is to help you survive and thrive in the face of everyday adversity."

"Positive Psychology is the scientific study of the strengths and virtues that enable individuals and communities to thrive. The Positive Psychology Center promotes research, training, education, and the dissemination of Positive Psychology. This field is founded on the belief that people want to lead meaningful and fulfilling lives, to cultivate what is best within themselves, and to enhance their experiences of love, work, and play. "

The First Law of Dimensional Ontology: One and the same phenomenon projected out of its own dimension into different dimensions lower than its own is depicted in such a way that the individual pictures contradict one another. 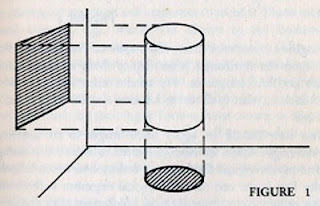 The Second Law of Dimensional Ontology: Different phenomena projected out of their own dimension into one dimension lower than their own are depicted in such a manner that the pictures are ambiguous. Thank you for listening, and may you have a meaningful day.
Posted by Marshall H. Lewis at 1:55 PM 2 comments: