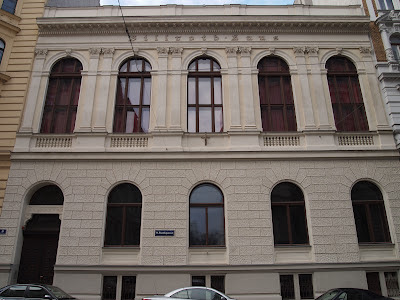 Congress Vienna 2012: The Future of Logotherapy was held at the historic Billroth House of the Vienna Medical Society on March 16-18, 2012 in Vienna, Austria.  The congress was sponsored by the Viktor Frankl Institute Vienna.  The congress provided a survey of what currently exists in the field of Logotherapy and Existential Analysis.  This, in turn, provides the solid foundation from which to build into the future.


LogoTalk Radio wishes to thank Dr. Alexander Batthyany and the Viktor Frankl Institute VIenna for the warm welcome and inclusion of LogoTalk Radio as an official part of the Congress.  Dr. Batthyany remains a model of transparency and inclusiveness as he leads logotherapy and existential analysis into the future.


This podcast contains:
The Keynote Address by Dr. William Evans.  William Evans, M.Div., Ph.D., is Professor of Psychology at James Madison University in Harrisonburg, Virginia, USA.  His address is entitled The World Still Cries for Meaning: Are We Still Listening?  It was delivered at Congress Vienna 2012: The Future of Logotherapy on March 17, 2012.


To read the full unabridged version, including new empirical data on the search for meaning and psychological correlates, click here.

More about Congress Vienna 2012: The Future of Logotherapy can be found at:

Special thanks also to José Luis Alvarez Coitinho who recorded a great deal of Congress Vienna on video. His playlist is now featured on LogoTalk Radio on YouTube.


Thank you for listening. Please email any questions or comments to logotalk@pld.com and may you have a meaningful day.
Posted by Marshall H. Lewis at 3:41 PM No comments: