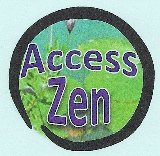 On Thursday, September 24, 2011 at 9:00 AM Eastern Time, I will have privilege of being interviewed live by Gregory Foster on Access Zen, an Internet radio show dedicated to living life to the fullest.  The show will be rebroadcast at 9:00 PM Eastern Time and made available for download as an .mp3 file the following day.

Click here for the University of Santa Monica Freedom to Choose Service Project.

Click here to download Interview with Ernest J. Nackord, Ph.D.
Ernest J. Nackord, Ph.D., who insists on being called Ernie, is a clinical psychologist, pilot and personal friend of Dr. Viktor Frankl.  He practiced for 38 years in the counseling department of the City College of San Francisco and was a visiting lecturer in the Netherlands and the United Kingdom.  Ernie had offices in Los Angeles, New York and San Francisco.

Ernie is a very humble man and does not want to talk about himself at all.  In World War II, he was a pilot in the US Army Air Corp, the forerunner of the US Air Force.  His primary aircraft was the B-26 Martin Marauder, of which he was an aircraft commander.  He also flew the P-61, the B-29 and the A-26.
After the war, Ernie worked for three major airlines.  He shared cockpit time with Viktor and Ellie Frankl and recalls a large poster of the two in the cockpit that he had made as a gift.
He is also a part time "jock" having worked for the San Fransicso 49ers, the Giants, etc.  "That was great fun," he says, "especially for my seven sons."
The interview in this podcast is entirely spontaneous.  Having met through a mutual friend, I was calling Ernie to answer some of his questions about the podcast.  After that, the interview simply began.

Links from this month's news items:


The 18th World Congress on Viktor Frankl's Logotherapy will be held June 2011 in Dallas, Texas, USA.  For details and applications, please visit the Institute's new website:
http://www.logotherapyinstitute.org
The Brazilian Society of Logotherapy will offer An Introductory Course in Logotherapy and Existential Analysis on February 13, 2011 in São Paulo, Brazil.  For more information, please visit:
http://www.logoterapia.com.br
Noetic Films has released two new trailers for the upcoming film Viktor and I.  For more information about this important film, please visit:
http://www.viktorandimovie.com
Finally, yours truly will have the "tables turned" on February 24, 2011 and will be interviewed on Voice America Talk Radio Network at 1:00 US Pacific Time.  I'll be interviewed about Viktor Frankl and logotherapy as a lead in to the guests following me, Drs. David and Bonnie Paul of the Univeristy of Santa Monica Freedom to Choose Service Project.  The Freedom to Choose Service Project shares principles of meaningful living to inmates at the Valley State Prison for Women, much of the work taking Viktor Frankl's logotherapy as foundational.
For more information about the Voice America radio show, please visit:
http://www.voiceamerica.com
For more information about the Freedom to Choose Service Project, please visit:
http://www.usmfreedomtochoose.net
Thank you for listening. Please email any questions or comments to logotalk@pld.com and may you have a meaningful day.
Posted by Marshall H. Lewis at 7:59 PM 1 comment: