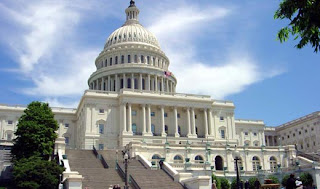 Background:  The new law is designed to reform two main problems with American healthcare:  The overuse of high cost interventions and the underuse of prevention strategies.  To that end, national health reform has four goals, or "pillars," of which the new law primarily addresses the first two.

According to the National Mental Health Association, 83.1% of Americans currently have some type of insurance coverage.  After the provisions of the new law go into effect, this number will rise to 93%.  These numbers represent 30 million Americans.  Sixty-six percent of the increase will come through an expansion of Medicaid, while the remainder will come from insurance reform and the creation of state insurance exchanges.  Medicaid expansion will be accomplished by making the only requirement for coverage set at a household income of 133% of the federal poverty level.

The fee-for-service model is moving toward extinction with the new law.  It is being replaced by a "case rate" model.  That is, a federally-qualified behavioral healthcare center would receive funds from a payor, say Medicaid, based on the number of Medicaid consumers seen.  Moreover, centers with better outcomes would be paid more than centers with worse outcomes, adjusted for number of patients.

Opinion:  Opportunities and Challenges for Logotherapy

With an additional 30 million people receiving health care coverage, and with conservative estimates that more than 10 million of them will required mental health treatment, a demand for therapists of all kinds will increase.  If we use Frankl's numbers that about 20% of clinical cases are noogenic in origin and suitable for logotherapy, then we have an increase of at least 2 million people likely to respond to logotherapy.  How many more logotherapists do we need to treat those 2 millon people?

A closer integration of mental health and general medical care will provide more settings in which logotherapists could be employed.  Frankl's concept of a Medical Ministry may become more fully realized, if logotherapists start positioning themselves for it now.

There are currently about 4 or 5 outcome measures on the market that are positioning themselves to take advantage of payment redesign.  Logotherapy, with its special emphasis on the therapeutic relationship, could and should get on the forefront of that developing research.

Thank you for listening. Please email any questions or comments to logotalk@pld.com and may you have a meaningful day.
Posted by Marshall H. Lewis at 9:50 AM 1 comment: